Today is National Pit Bull Awareness Day. These large, ferocious-looking dogs are the most recent “bad dog.” They are stereotyped to be vicious. People believe that they will turn on their owner in a moments notice, which has led to a lot of legislature banning this breed of dogs. But are they really as bad as people make them out to see? And if so, have the laws helped at all? 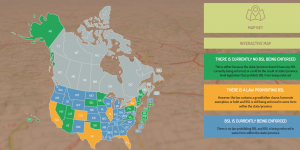 In a recent article from the Presidents of PETA, we learned shocking facts that are result from pit bull breed-specific propaganda.   “Pit bulls are the breed most often found chained in dismal backyards 24/7, thrown into fighting rings to rip each other to shreds and electrocuted, drowned or hanged for losing fights. They are also the number one breed admitted to many shelters, and tens of thousands of them are euthanized each year for lack of a good home. With 3 to 4 million animals euthanized every year in shelters, there can be no justification for breeding more dogs of any kind.  Preventing more pit bulls from ending up in a world where so many of them are exploited, abandoned or tormented simply because of their physical traits isn’t breed-specific “discrimination”–it’s breed-specific protection.” 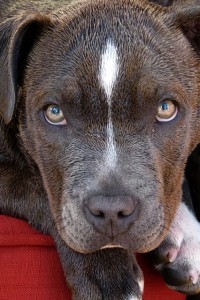 How can people honestly look at this face and see a killer? Pit bulls deserve love, just like every other dog breed.   Discriminating against one breed is not the way to go about preventing dog fights and attacks. Instead, we suggest to approach this issue by providing, free-of-charge; 1) Public Pet Care Classes 2) Dog Ownership Training 3) Animal Assisted Activities.  We hope that each community in every state can learn to love, respect and care for pit bulls and all other animals in need.