Dolan Lorenzo von Matterhorn Velde Victor III was born May 6, 2009 near Indianapolis, IN.  During his younger years he lived with a family who had several dogs and a cat.  He was primarily kept outdoors.  One day the family could no longer afford to feed Dolan; he was severely underweight, malnourished and his health was in jeopardy.  As a result, he was owner surrendered into the Human Society of Indianapolis where he resided for a short time. 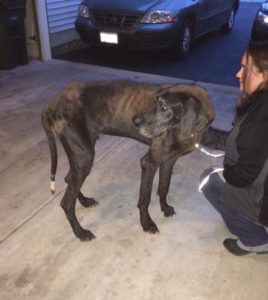 Not long after he was surrendered, Dolan was taken in by Just Giants Rescue Inc (JGRI) in IL, where he lived with an amazing foster family for several weeks where he began his road to recovery and regained his confidence.  As a matter of fact, Dolan was JGRI’s first foster! 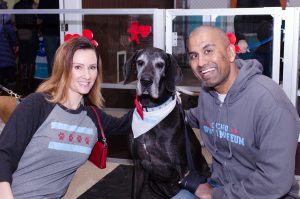 In June 2014, Dolan was adopted by Austin and Sarah Victor of Chicago, IL. After a major tail surgery and fast-forward a few months, Dolan began feeling at home in his new surroundings, reached his normal weight and regrew his shiny black coat.  Already having a smart, sweet and polite demeanor, his goofy personality really started to show.  As an “only child,” Dolan was quite spoiled with his own bedroom, an ongoing assortment of yummy meals, fashion-forward clothing, loads of toys/treats, monthly BarkBox subscription and a comfy bed on each floor.  He often spent time lying in the sun on the rooftop, where he could enjoy the fresh air and view of the city. 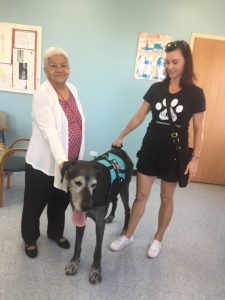 In early 2016, as a way to give back to his community, Dolan began volunteering for the 1FUR1 Foundation.  He quickly became their Chicago Canine Ambassador making monthly therapy visits to the local senior community center, where he helped bring smiles and brighten lives of seniors suffering from loneliness, Alzheimer’s and dementia. 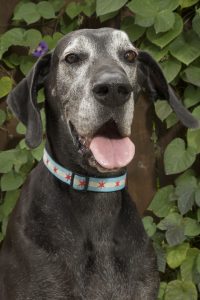 In his later years, Dolan frequently underwent physical therapy, massage, stretches, laser therapy and acupuncture to help relieve the pain of several bulging discs in his spine and arthritis in his hind legs—all with a positive attitude. 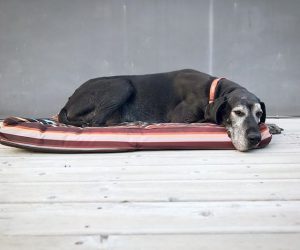 On April 14, 2019, Dolan passed away 3 weeks shy of his 10th birthday.  Activities of daily living became cumbersome, daunting and painful, and his quality of life deteriorated quickly.  It was time for the suffering to end.  He died peacefully in his home surrounded by loved ones.

Dolan is survived by his human parents Austin and Sarah Victor, along with countless fur and human friends, neighbors, cousins, aunties and uncles.

Dolan’s family would like to thank you for your kindness and support during this time of mourning.  In lieu of flowers, please consider making a donation in Dolan’s name to JGRI© or 1FUR1 Foundation©.